Welcome To Our Blog – The Cutting Edge

We’re all about revolutionising hairdressing & barbering education – so you won’t be surprised to discover that our blog is packed with useful insight and advice. Sign up now for updates.

Watch videos on any device.

HD videos streamed over the internet. 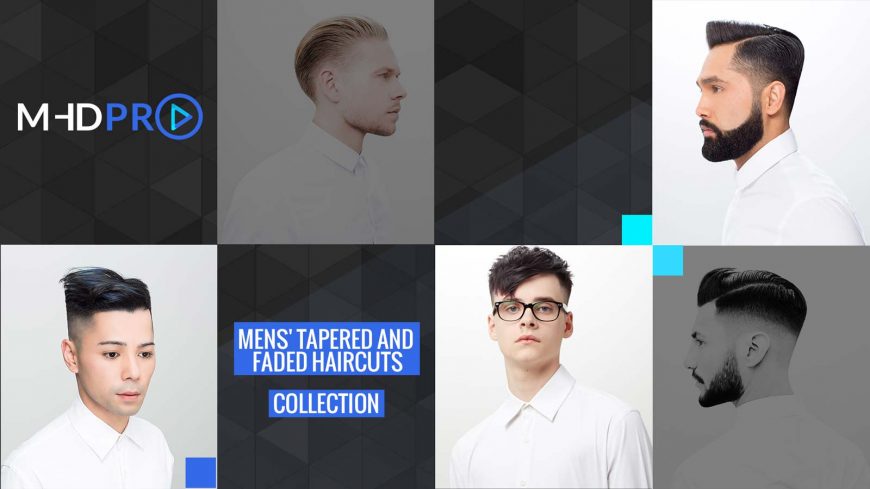 One of the core skills every barber must know is how to do a fade. From the blowout fade to high fade and shadow fade, and everything in between, the ability to apply the correct fade haircut to your clients is absolutely essential. Fades come in a variety of styles, and with practice can be adapted to suit individual clients’ suitability and personal look.

A fade is essentially a tightly cropped short back and sides, involving subtly blending hair lengths from around the temple to the neck with clippers and scissors to give the hair at the back and sides of the head a smoothly graduated or faded effect. Fades are generally tapered and can even go to a complete bald fade.

Historically used for black clients’ this street style haircut has gained popularity with white and Asian clients as well, so really is an all-rounder and something that barbers are asked for again and again.

MHDPro offers a choice of barber courses to give you an introduction to the world of fades. Mastery of these essential styles will provide you with the skills and confidence to further hone your skills and adapt the look no matter what your client is seeking. Once you have mastered the three basics – the low, mid and high fades, you can adapt the fade for a more personal and creative style and combine techniques such as razoring and tapering for suitability of face and head shape.

A bald fade is the shortest of the fades, with a sharp graduation of hair to skin around the back and sides. Sometimes called a razor fade or skin fade, the technique usually relies on a combination of clipper-over-comb and straight razor. The fade can start high with a more defined transition to the top of the head, or mid, for a more graduated fade.

The blowout fade, or Brooklyn fade is a temple or low fade with plenty up top, which can be dressed like a wind-swept pompadour with a blow-dried blowout, with flexibility to slick the hair down. Often derided, due its popularity with Jersey Shore’s Pauly D, the blowout haircut is adaptable and with creativity and skill can be adapted to suit a variety of looks for a more individual blowout hairstyle.

The high fade is, as its name implies, high up the sides of the head, often starting at the level of the front hairline. The hair on top can be cut to a variety of lengths, sometimes a sharp box cut for Afro hair, while European or Asian hair may be kept long and quaffed or a slicked back. All hair types also suit a shorter, neat top.

A low fade has the shortest hair closer to the ear and the back of the neckline with more hair left around the temple and into the top of the head. A low fade also works well with a beard, as the fade can reverse into fuller sideburns and graduate into a full or barbered beard.

An example of a low fade can be seen in Lesson 1 of the MHDPro Men’s Tapered and Faded Haircuts Collection by New York Barbershop.

As you imagine, a mid-fade is between the low and high fade, culminating in the shorter graduation between the ear and the parietal bone. Mid-fades suit working with a combination of clipper-over-comb and scissor-over-comb techniques, introducing a razor for detailing and tapering.

An example of a mid fade can be seen in Lesson 5 of the MHDPro Men’s Tapered and Faded Haircuts Collection by New York Barbershop.

The scissor fade uses scissors-over-comb technique for a pure barbered bespoke look. Rarely going as short as the clippered or razor fades, the style often gives a more textured and subtle effect.

The shadow fade provides a slightly different level of graduation than most fades, with a defined section between the top hair and shorter fade, of mid length. This ‘border’ resembles a shadow between the two, often placed around the parietal ridge, and is particularly popular with black clients, though also works well with Asian hair and even blond haired clients.

An example of this hairstyle can be seen in Lesson 3 of the MHDPro Men’s Tapered and Faded Haircuts Collection by Gary Woo.

Most fades will incorporate a level of tapering, with the hair length decreasing towards the back of the neck, and tapered to follow the natural shape of the neckline. This is opposed to longer haircuts, where the nape may be forcefully shaped to a square neckline.

An example of a tapered fade can be seen in Lesson 2 of the MHDPro Retro Men’s Haircuts Collection by Tim Hartley.

The temple fade, or temp fade is a variation on the mid fade, with a graduation starting from the temple and graduating back and down, rather than uniformly downwards to shorter hair. This look is particularly effective for Afro hair and was made popular in the ’90s by Will Smith.

Ready to learn how to cut fade haircuts? Visit MHDPro and begin your online training.

Get news, special offers, free videos and tips straight to your inbox